I want to tell you about the Jacquie Lawson card website. When I downloaded her latest Advent Calendar, it was so pretty, I just wanted to share it. This year's calendar is an Alpine Village to have on your computer throughout the month of December and enjoy each day. There are beautiful Christmas songs to listen to, games to play and all sorts of other delights. It is not expensive and well worth the money.

For a small yearly subscription you can also choose a variety of cards to send to your friends and family for their delight and enjoyment.

I have been using them for some years now and the new cards just keep on coming.

Why not click on the link above and look at them for yourselves?

Perhaps you have your own favourite online card shop? If so, what is it? I would like to know too.

Have a nice Monday. 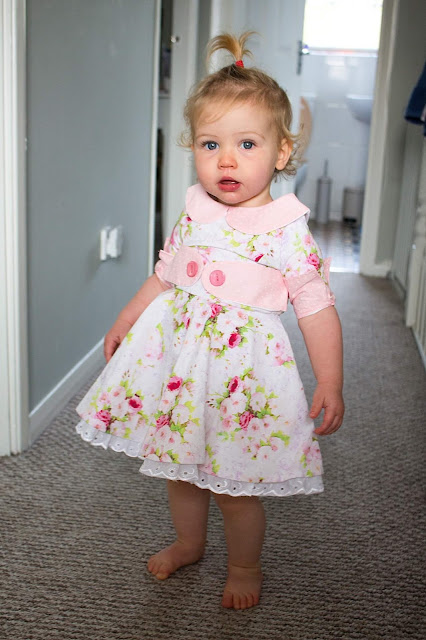 This little poppet is my grand-daughter Ruby. Isn't she cute! I have been busy making dresses for her since the summer and so here she is in one of them, posing beautifully, I thought. Ruby is one and a half now and sister to Dylan. She is different in character to him, but they get along really well and he is very protective towards her.

Dylan loves his football. Yesterday saw him win a trophy for 'man of the match'. His team did really well and won their game 4-0. 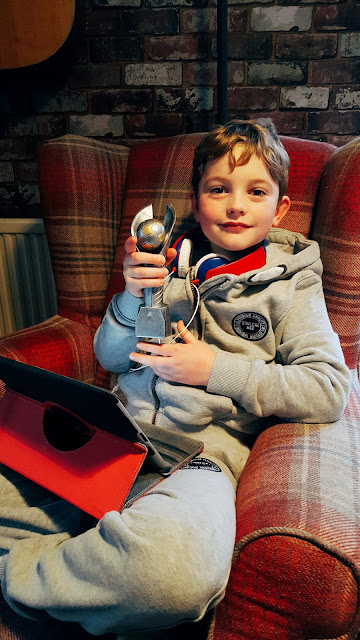 Their cousin Sammy started school recently.  Here he is proudly showing off his school uniform on the first day: 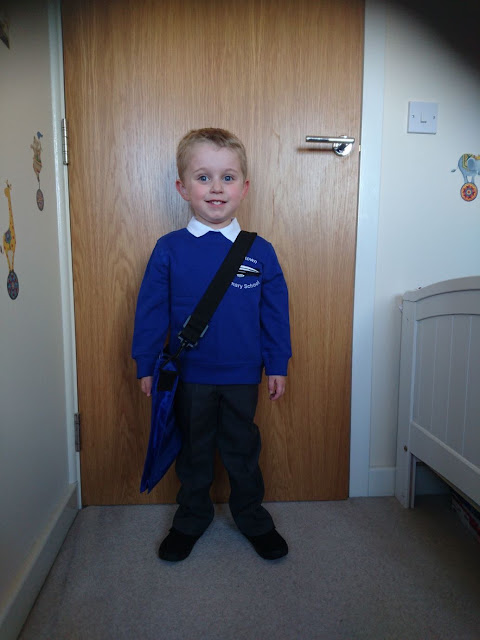 Oh my goodness, they grow so quickly!

I have been busy lately with Wikitree.com
That's a family history site, like Wikipaedia, if you haven't heard of it and it is a free site for everybody to contribute to, if they feel so inclined. The idea of it is to link us all together and follow our families back as far as we can go. Apparently it isn't long before we are all related in one way or another. I recently connected to a (third) cousin I had never met before. She is English, but lives in the States and our connection is through my maternal grandmother, the one I call Oma. Oma's sister was call Miriam and it is through her marriage that my 'new' cousin is related.  I never met Miriam, which is not surprising because she was a lot older than me and she and my Oma were members of a very large family - 13 children all together, but I shall be interested to hear about her life through my new relation.

Meanwhile I am working on a Jenner Name Study, which aims to follow the Jenners around the world to see who they are and where they ended up. The most famous Jenner I have found so far is Edward Jenner who discovered the smallpox vaccine. He is not a direct relative, but his is a very interesting story. You can read about him here.

The Jenners originally came over to England from France with William the Conqueror. They were engineers. Although many of them stayed in England, they didn't seem to move far, staying mostly in the south-east of the country. My Jenners all lived in Lowestoft, Suffolk, which is probably why I am so drawn to that part of the world.

I hope you are having a happy Sunday.
Posted by Stella Jones at 16:00 4 comments