We're all snowed in! 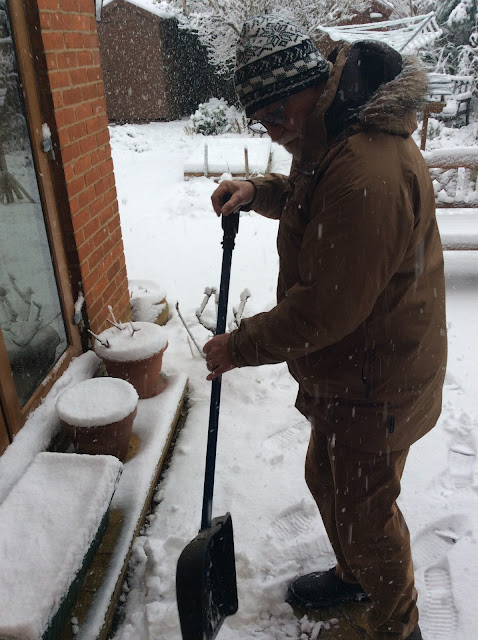 We had such heavy snow on Sunday that we are snowed in still today! This morning we attempted to get the car off the drive, but had to abandon it because there was just too much ice everywhere. It would have been too dangerous even to make it to the end of the road. Larry cleared the snow along the garden path so I could get out and feed the birds, who depend on what we can give them when it gets like this. In so doing he put his back out and can hardly move now! Poor Larry, he's suffering bigtime.

The next picture is of the snowy scene in my back garden on Sunday before we tramped all over the snow and spoilt the look. It was soooo pretty, we spent most of the morning just looking at it with wonder. Christmas came early this year. 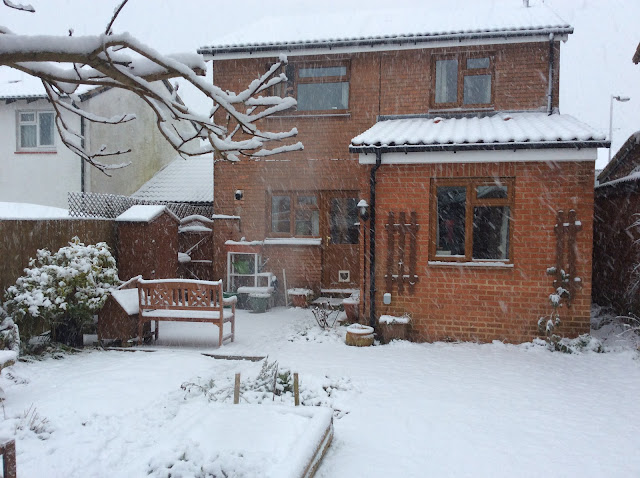 Panda, who has never yet seen snow, was mesmerised by it all and kept going out to investigate it, but by the afternoon he was cold, wet and tired so he spent the rest of the day and evening curled up in our washing basket on top of all the washing. The washing basket is over a hot water pipe that runs under the landing floor so he had made a good choice. 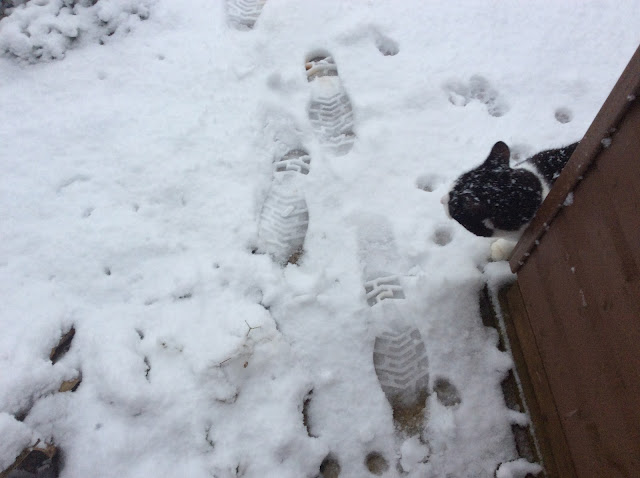 The holly tree is looking resplendent in its winter glory, but I think if the cold weather goes on much longer, there won't be any berries left. 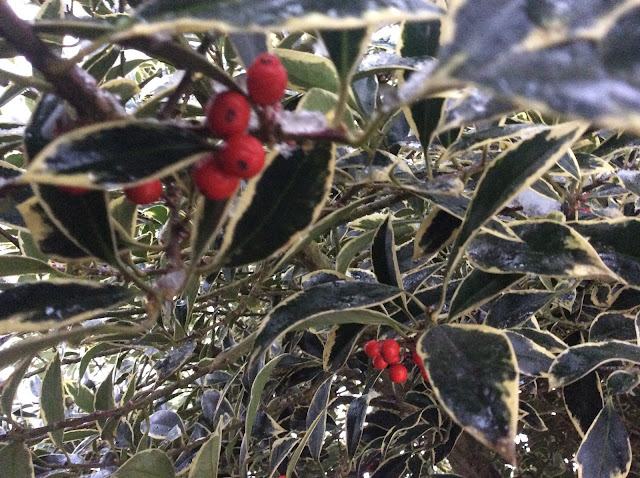 The bee house is insulated with snow. Inside is lots of straw and maybe some hibernating bees. 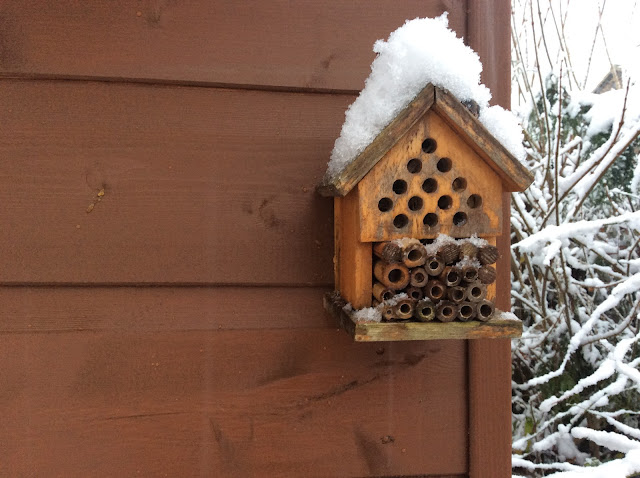 My shed is adorned with its winter wreath, looking pretty in the snow. 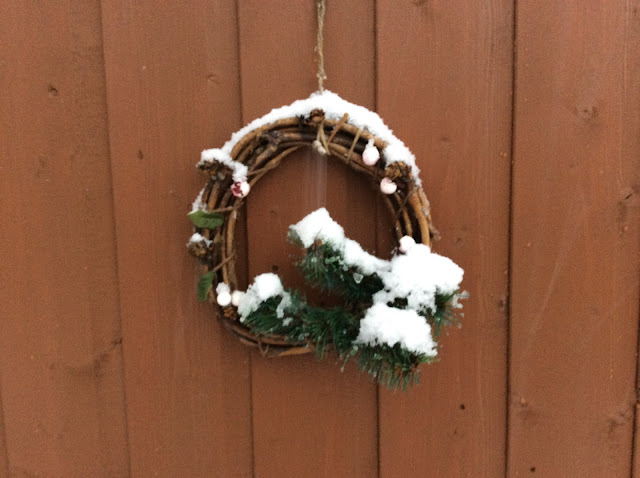 I have put a sign up to tell Santa where to go to leave his sack! 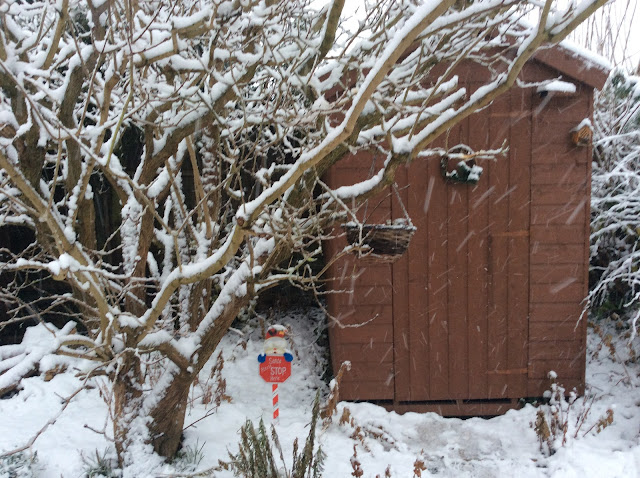 Panda coming back from one of his expeditions. 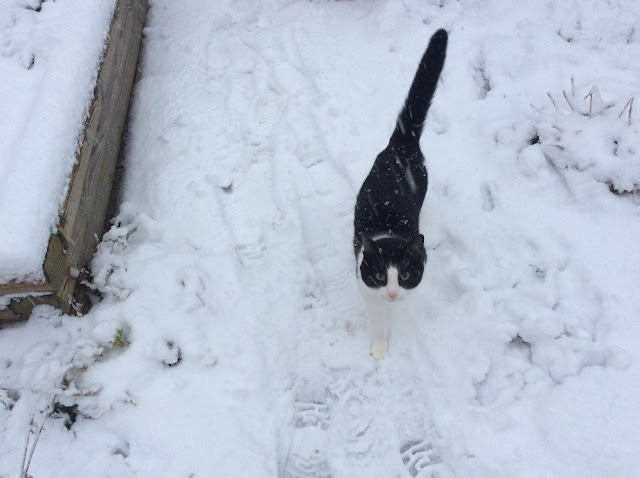 The cathouse is ready for any passing animals that may need some shelter.
We had about four inches of snow that day. 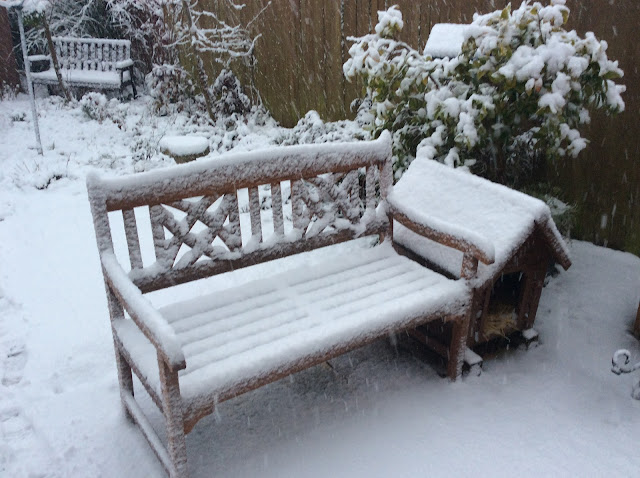 So today we are having whatever is in the cupboard for dinner, which happens to be sausages and mash with fresh vegetables, bought on Saturday and rice pudding with jam for dessert.

This afternoon I shall watch a Christmas film, which with the view outside, will be very appropriate.

Labels: my garden in the snow, Snow, snowed in, winter

I love to hear from you. Please don't be shy.