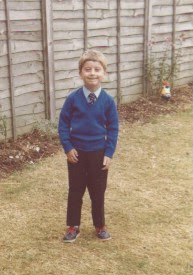 The Autumn Term in a primary school is a very busy one.  From the first day to the last, there is something important happening. We celebrated all the major religions, starting with Diwahli - the Hindu festival of light, Harvest Festival, through Jewish New Year, Eid and finally Christmas came. In the school we celebrated before Christmas so that all the decorations could be taken down before school broke up for the two week Christmas holiday. Some teachers liked to celebrate Epiphany on or around the 7th January so the three Kings would be dressing the walls in a wonderful frieze for a few days in the New Year.

In between the festivals, the nature tables were overflowing with produce - everything from old birds' nests to tiny acorns.

The staff were very kind to me when I started my temporary assignment and I soon became familiar with the daily routine,which was not too onerous for me in the beginning. Later on, in 1989, when the first computer arrived and new software was installed, life became easier on one hand and more difficult on the other. It's strange how those things happened.  We were aiming towards a paperless office but in reality, there seemed to be more paper generated because it was so easy just to print off a new class list, every time someone joined or left the class.

I'm getting ahead of myself. Here I am in the Autumn of 1985 expecting the temporary assignment to last until the end of the year so I didn't want to get too used to it. However, I knew that the outgoing secretary was not coming back and she had had her retirement party in the school hall with tears and cheers to celebrate her seventeen years there.  So I had hopes.  I liked the atmosphere at the school. I got on well with the Head Mistress and the staff and the distance of the school from home was just right to fit into my daily routine.  It was tiring but doable.

David enjoyed his first term at his own school. His teacher was straight out of college, new qualified, young and enthusiastic and he did well from the start.  In the picture above he is wearing his new spiderman shoes, which he was very proud of, I recall!

My job was advertised in all the local newspapers and in the local educational supplement (no websites in those days). The job was paid for forty weeks of the year - no pay in the holidays for the ancillary staff, but the pay was spread out over twelve months so there weren't any gaps.  It came with a calling; not everyone would like to be in a building with 150 five to seven year olds on a daily basis.

I applied and was pleased to get an interview. The interview date was set for February 3rd 1986, the same day as my middle son Edward's birthday.  He was going to be eight years old, which involved a party and lots of friends round to the house for games and cake.

Perhaps it would be a double celebration? I had to wait and see and it seemed a long wait. It was not a foregone conclusion that I would get the job but I suppose I had an advantage because I was there doing it. I would have to wait and see... 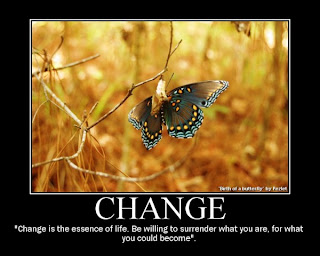 Cont'd... so David and I started school together; he as a five year old starting school for the first time and me as a 34 year old going back to work after an eleven year break. I suppose you could say we both found it a bit daunting. In fact he started a few days before me, setting off in a new uniform and with a new coat and lunchbox. I started in my only good suit but with some new court shoes.  After all, we all need a new pair of shoes when we start back after the summer holidays, don't we!

The Head Mistress (now called Headteacher) was kindness itself to me. She introduced me to the outgoing Secretary who had been in post for 17 years and left me in her capable hands to learn the ropes.

The office was small but adequate with a wooden desk in the middle supporting an old Olympia typewriter.  At least that was familiar because I had used one just like it in the past when I worked at Electrolux in 1968. There was an old, dark green filing cabinet next to the window and the walls were covered in class lists. It all felt strange but somehow cosy and I felt I would enjoy my short time there just so long as I could cope at home with looking after my four men, three sons and husband.

The children at the school were between five and seven years old - ages I was very familiar with. There were six classrooms, all with the names of colours - red, purple and silver were the oldest children, then came orange and green and finally pink for the 'babies'. Pink class started small and got bigger as the year went by and the two new intakes were admitted. One of my jobs was to keep up with the admissions. This was a time before computers so class lists were paramount and were constantly being updated by retyping because there was no other way of doing it then.  Word processors were a godsend when they arrived a few years later and when, in 1989, I got the first computer, my job became much easier.

On Monday morning, I counted the dinner money. That came in in small packet, almost all cash. It had to be counted and bagged up properly. It was a bit of a challenge to do it all on my small desk, but without too many interruptions, it was possible to do it by coffee time. The school was quite noisy especially at playtimes and I had to learn to do my work with a cacophony of small voices in the background and constant phone calls and doorbells dinging.

The days passed quickly. By Christmas I was getting used to the new routine and managing to fit in my home routine around it. I found that by working an extra two hours each day (for no pay), I could collect my youngest from his school without having to go home first and then out again. So my days were full of a triangular walk -home to his school, then to my school. Then at three o'clock back to his school and then home again.  There was a bit of a wait after I collected David, whilst I waited for Edward to come out of his school next door because they were in school for twenty minutes longer than the infants. So we got home about a quarter past four, then it was lunch box washing and sandwiches to be made for the next day and then the dinner to cook.

Next time: The job is advertised.
Posted by Stella Jones at 15:49 0 comments

Links to this post
Labels: 1985, going back to work, Memoirs 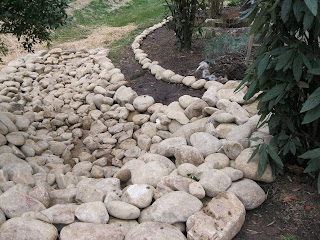 On the Path of Life

1985 was a very significant year for me because my youngest son became five years old and a few months later, I went back to work.

I had been at home with the children for eleven years so returning to work was very daunting for me. In a way I was looking forward to it but in another way not! I was wondering how many things had changed over those eleven years and was I going to be able to keep up with it all?

I decided to take it steady. First I needed to get David settled at school. Then I had to find a job. I had no idea if this would be easy or difficult. My skills had lapsed a bit because with three sons to bring up, it is not easy to keep up. Technology wasn't really an issue in 1985 - (I didn't use a computer until 1989). By then I was 38 years old already. When I left school I took secretarial examinations - shorthand and typing and that was deemed enough to set a young lady up in an office job.

I really wanted to go to University to study art and French, but that had been out of the question because my mother, who was divorced, had no way to afford it. So I knew that I would have to get a job, but that's another story.

Fast forward to September 1985. David took to school well.  The house felt empty without him and there were so many things that we needed and hadn't been able to afford that I was pleased to make a list of those things and decided to tick them off once I got back into it. Top of the list was a new vacuum cleaner! Somewhere further down was a sewing machine.

By taking it steady, I thought I would do temporary work. That would ease me in and maybe give me confidence. It came to me that it would be good to work in a school, if I could, because that would give me the school holidays to be with my boys and catch up with the housework. However, school jobs were hard to find and I didn't expect to get lucky.  Then I had an idea.... I would telephone the Local Education Office and ask them if they needed temporary help. I said I could be available in the town where I lived and could do as much or as little as necessary. To my surprise I was told that there was an opening at an Infants School near where I lived and I could go along and speak to the Head Mistress of the school in need.  The School Secretary there was retiring after seventeen years in the job and they wanted somebody to help until Christmas.  Their intention was to appoint for the new year.  In those days there were three intakes, one in September, the second in January and the third just after Easter.

I was nervous but dressed in the best clothes I had and, after walking David to his own school,  went along to the interview. The new school was a twenty minute walk from David's school and I was full of fresh air when I arrived.  The Head Mistress was friendly and welcoming and seemed to be pleased to get someone so quickly.  I'm sure I had a guardian angel looking after me that day because I just walked in to the situation without any real problems. Initially the post was for three months, which I felt was just right. The Head Mistress asked me some questions, which I was able to answer - nothing difficult, just general and we agreed that I would start the following Monday morning.

Tomorrow I'll tell you how I got on on my first day.
Posted by Stella Jones at 16:59 2 comments

Links to this post
Labels: 1985, Going back to school, Returning to work after a long absence
Newer Posts Older Posts Home
Subscribe to: Posts (Atom)