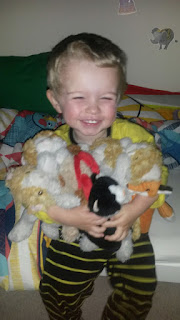 This is our second grandson, Sammy.  He's two and a half years old now and a very happy, cheeky little chappy. He loves his cuddly toys and building bricks: 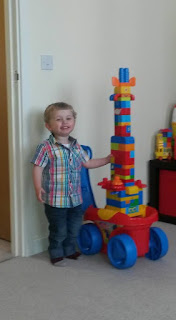 I wonder what Father Christmas will bring for him this year?

Hasn't he got the most adorable smile? 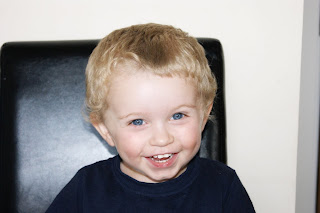 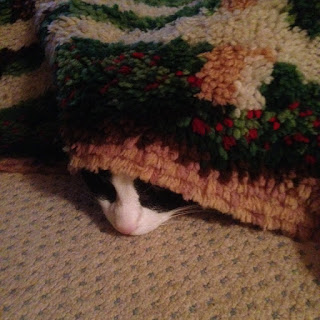 This is Panda, our new cat.  He was a stray who just turned up a couple of months ago. He was hungry and out of condition and asking for food so of course, I fed him and soon he became a regular caller.  After a month or two we decided to take him on so we took him to the vet to see if he was chipped - he wasn't. We had him chipped and inoculated for all the nasty diseases that cats are prone to and finally after a few weeks had gone by, we had him neutered.

Millie was not amused. She still isn't. She tolerates him but only just. He, on the other hand, looks at her as if to say 'what's your problem?'. He is placid with her so maybe she will get to like him one day.

Meanwhile he loves rugs! He likes tunnelling under the rugs and rolling over and over, making a right mess!  When Larry took this picture Panda was nearly asleep.

He is a big cat and eats a lot. He also eats what Millie doesn't but that's probably a good thing because she is getting a bit chubby.

Here he is again: 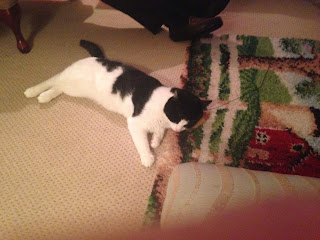