Thoughts on the migrant crisis 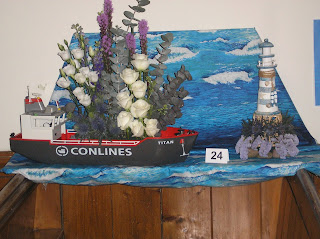 It's hard to know what to think in the midst of the migrant crisis. My thoughts are tossed this way and that like a small boat on the waves. One day I feel one way and the next day I feel the other way. As the days roll on though, the situation becomes clearer and clearer. There is a war in Syria. Does anyone really know what it is about? Is it poverty? drought? bad government? a combination?

There is no doubt that in these days of excellent communication, people are far more aware of what is going on in other parts of the world than ever they were before. I'm not sure this is a good thing. Television has done wonders to bring the affluence of the American dream right into the homes of the poorest Africans, even though they might only have one television set in the whole of the village to watch on.

I sit here in my cottage and I wonder why we have to be involved in a war that is going on so far away? What is it to do with me if the Syrians are being tyrannised by their own rulers? Is it my problem? Should I be involved? offer up my home to a desperate family? Send money to the cause? but there are so many causes and so little money. We are told that Great Britain is giving more than anyone else in Europe. Giving money to the refugee camps in Syria, which keeps the people in their own country, which is surely where they really ought to be. There is not room for any more refugees here in Britain. We are a tiny island, already overrun by foreigners. Surely it is better to keep the people in their own country. Then they will not be forced to make the perilous journeys across sea and land in the hope of a better future?

Those that have been welcomed in Germany are the lucky ones but will this just store up trouble for the future? What will the indigenous peoples of Germany do in years to come when they too are overrun with muslims? How will they cope and for the immediate future, for how long will they be able to keep their borders open? and what will happen when the authorities say 'enough!'? Are the Germans seeking atonement for the past, I wonder? Will they be giving houses which once belonged to the jews to their new arrivals? How will they cope when the new arrivals demand Sharia law in Germany?

In my opinion our government here in Britain, under the leadership of David Cameron, has so far dealt with the problem in a measured way. We have not leapt in and thrown open our borders. How can we do that when we are already full to the brim? We are threatened with invasion from the refugees in Calais. They have even started walking through the channel tunnel to get here. What will we do if and when they arrive.  I'm sure they already have. Some have been sited in fields near where I live. What will I do if one knocks on my door? or 50 or 100?

The European Union is breaking down. Open borders do not work. It is time for Britain to leave.

What do you think?