One of the things that Larry has found hard to get used to over here in England is the difference in the length of days and nights. Just now, in June we have very long, light days. It doesn't get dark until 10.30 p.m. and it's light again at about 3 a.m. That makes for a very short night!

Of course in the winter it's a different story.  The days are very short. It gets dark at 4 p.m. and doesn't get light again until 7.15 a.m.

We are far north, further north than any of America or Canada and if it wasn't for the Gulf Stream, we would all freeze 'to death' in the winter. The Gulf Stream keeps us relatively warm in the winter and cool in the summer.

Today it is 80 degrees Fahrenheit.

When Larry came over nearly two years ago now, he brought his telescope with him. That was the mystery object he had in his shed that I mentioned some time ago and never came back to for obvious reasons. However, there are limited times that he can use it because right now he has to wait so long for it to get dark, that he gets tired and wants to go to bed. Then in the winter when it gets dark very early, it is so cold outside that he can't face it!

For someone who grew up in Texas and lived in South Carolina for a long time, he has done really well with his adjustments but this daylight time is hard for him. He has been getting up at 5 a.m. because he just can't sleep longer so by the time I get up, he's been up for a couple of hours already.

How have you been coping with the long days?
Posted by Stella Jones at 15:54 2 comments 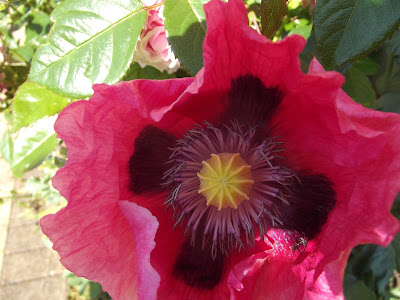 The garden is looking lovely just now. It's at its best. I love to see it in the morning when the poppies have just opened and the bees are collecting pollen. I tried to catch a bee doing just that, but I wasn't quick enough this morning. 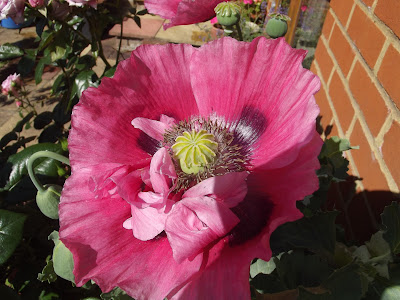 The rose bush, following, is very old and I can't remember the name of it, but every year it gives of its best and this year is no exception. It's a good year for roses over here in England. I'm reliably informed it's because of the warm days and cool nights. That is about to change. We are expecting a heatwave, starting tomorrow or Wednesday so I was glad that it rained yesterday and gave the trees and shrubs a soaking. 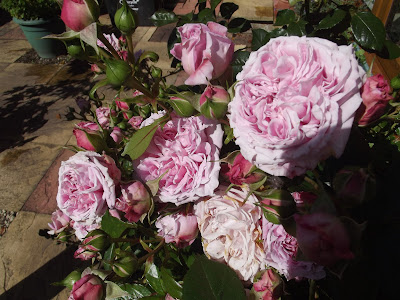 The next plant is called feverfew and it is said that the leaves are good for easing migraine. I don't think I would go to the trouble of crushing them myself and eating them. I would prefer to take it in tablet form. I do suffer with migraine although this year has been a bit better for me. No-one seems to know what causes it and it is such a scourge. Migraine is debilitating. It stops you doing things that other people would do easily. For example, I think twice before I plan a day out in bright sunlight because that seems to set one off in my case. Instead of just donning a sunhat and sun-glasses, I think twice. Have I had a migraine recently? If not then one may be due and that will spoil the day. I worry about driving because if a migraine starts, I just have to stop the car and wait until it goes away because during the aura stage, I can't see anything. It's like looking down a kaleidoscope!

Enough of that. Let's enjoy the flowers: 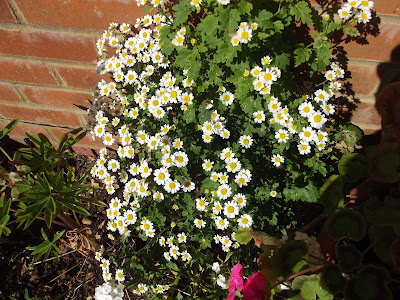 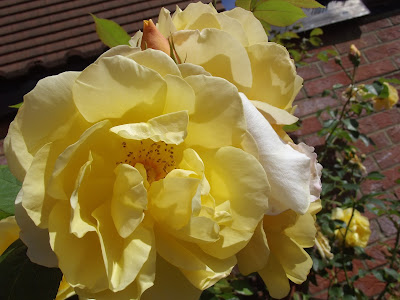 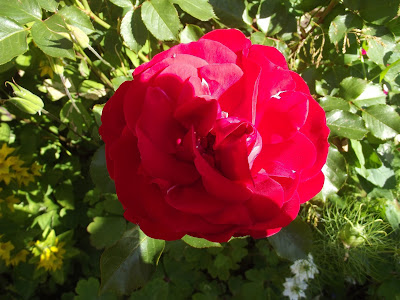 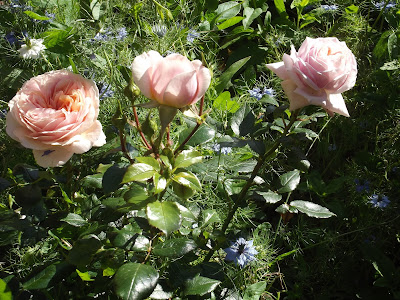 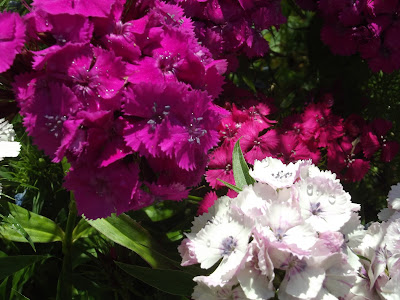 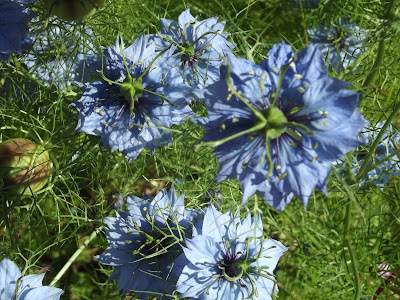 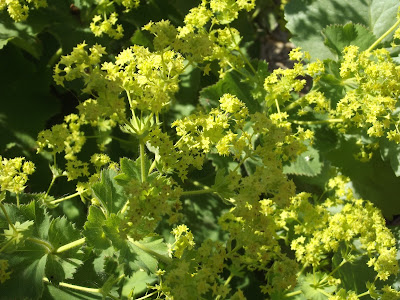