Dylan update - at the football.


My middle son, Ed, is Media and Communications Manager at our local football club, Luton Town. Here is a video he made of a recent game preparation. If you look carefully, you will see grandson Dylan in the video, giving us a big smile!


***WATCH*** - Behind the scenes at Saturday's match against Hartlepool. Enjoy!
Posted by Luton Town Football Club on Monday, 20 April 2015

I'm a proud mum and Oma.

Links to this post
Labels: football club, My grandson Dylan 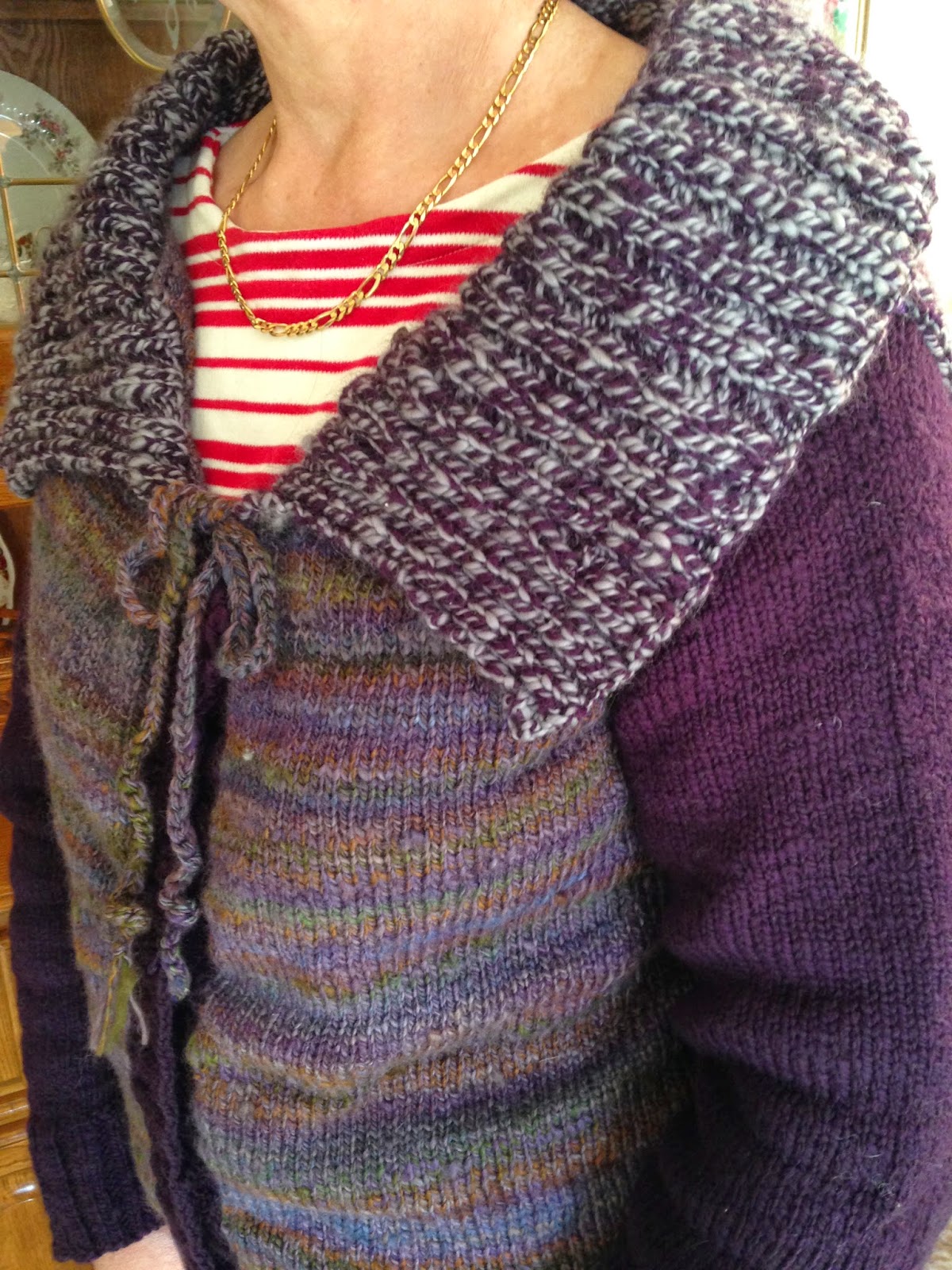 I have now completed the first project of 2015, which is a handspun/handknitted merino yarn jacket. I blogged about it here and have made other things in between but it was really nice to make something completely from scratch.

This is the back detail, which I made in a mixture of the purple and grey yarn. I'm pleased with the way it turned out. 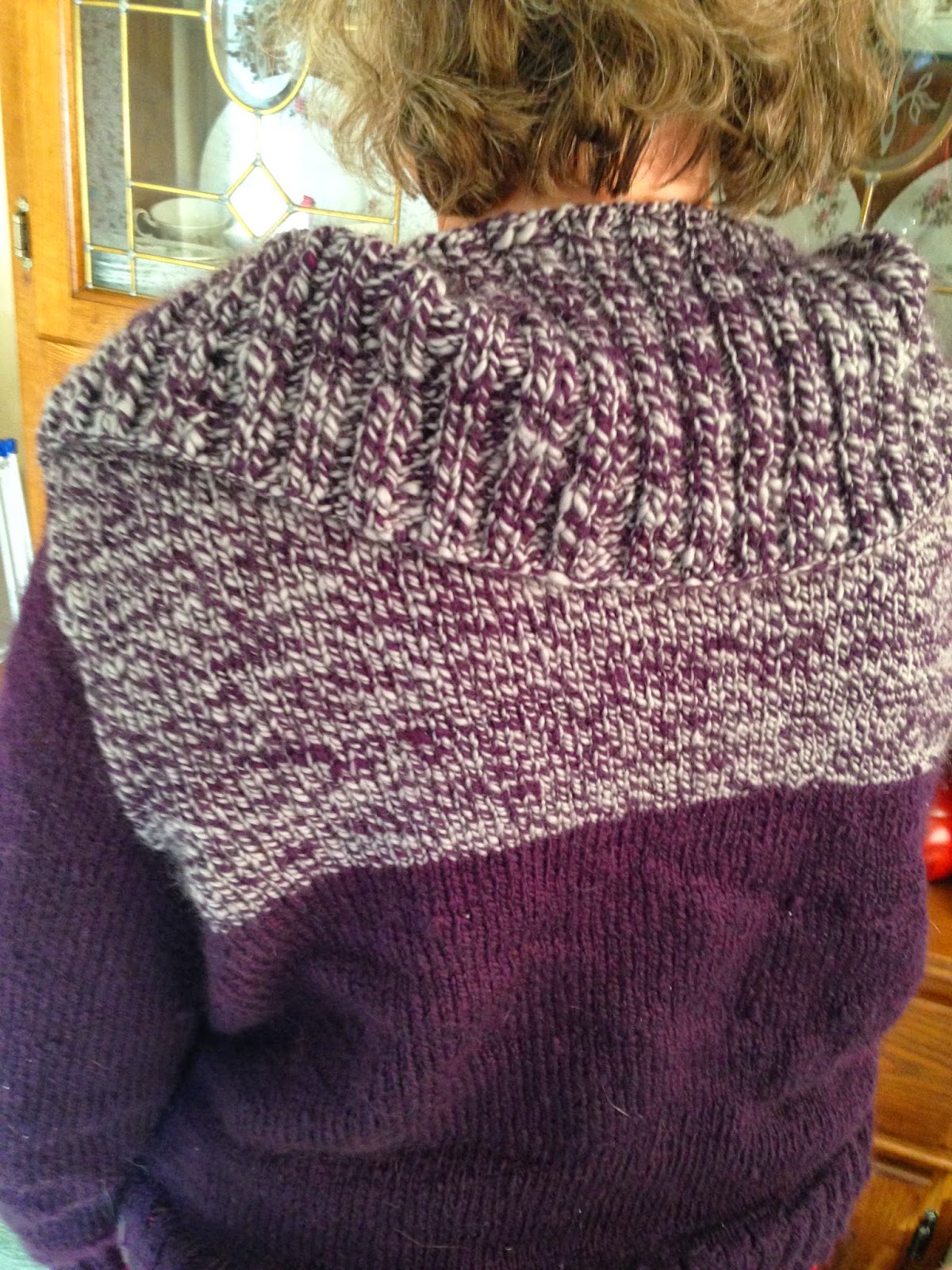 The collar is large, but it lies comfortably on my shoulders and will give extra warmth. I will have to wear a higher collared something or other underneath though or else I'll get a cold neck come the Autumn onwards! 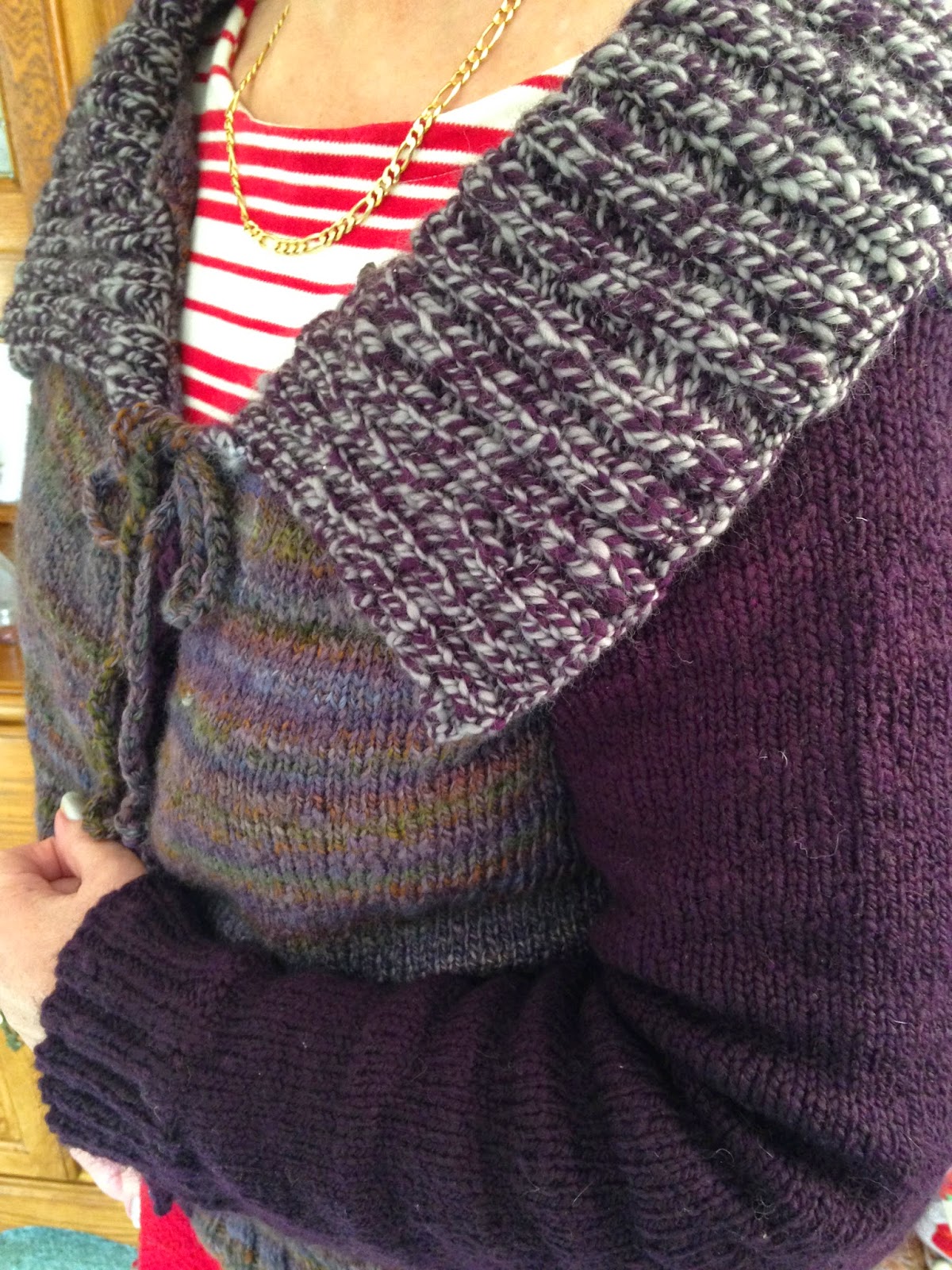 Here is the pattern I used: 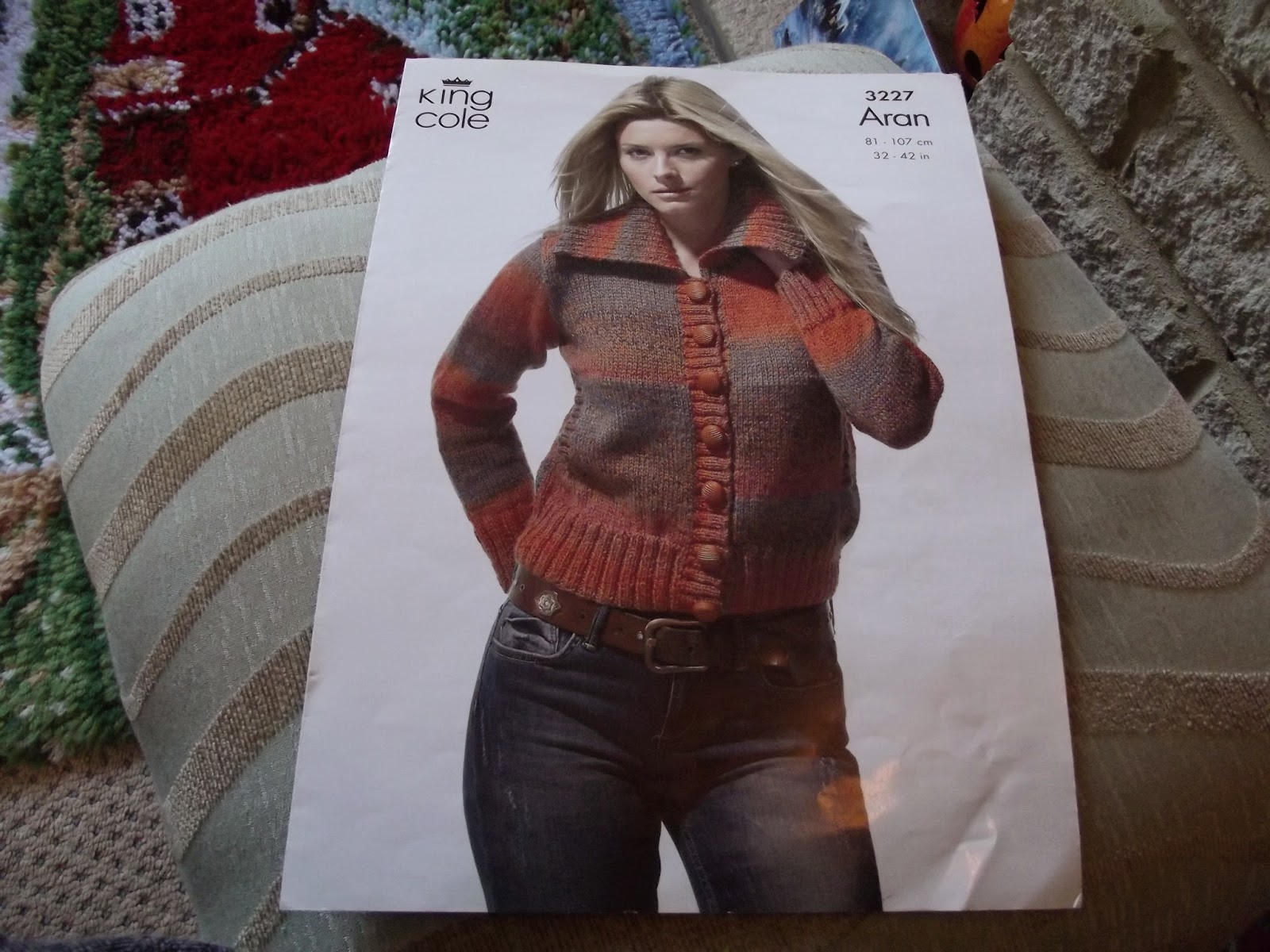 and these are the yarns: 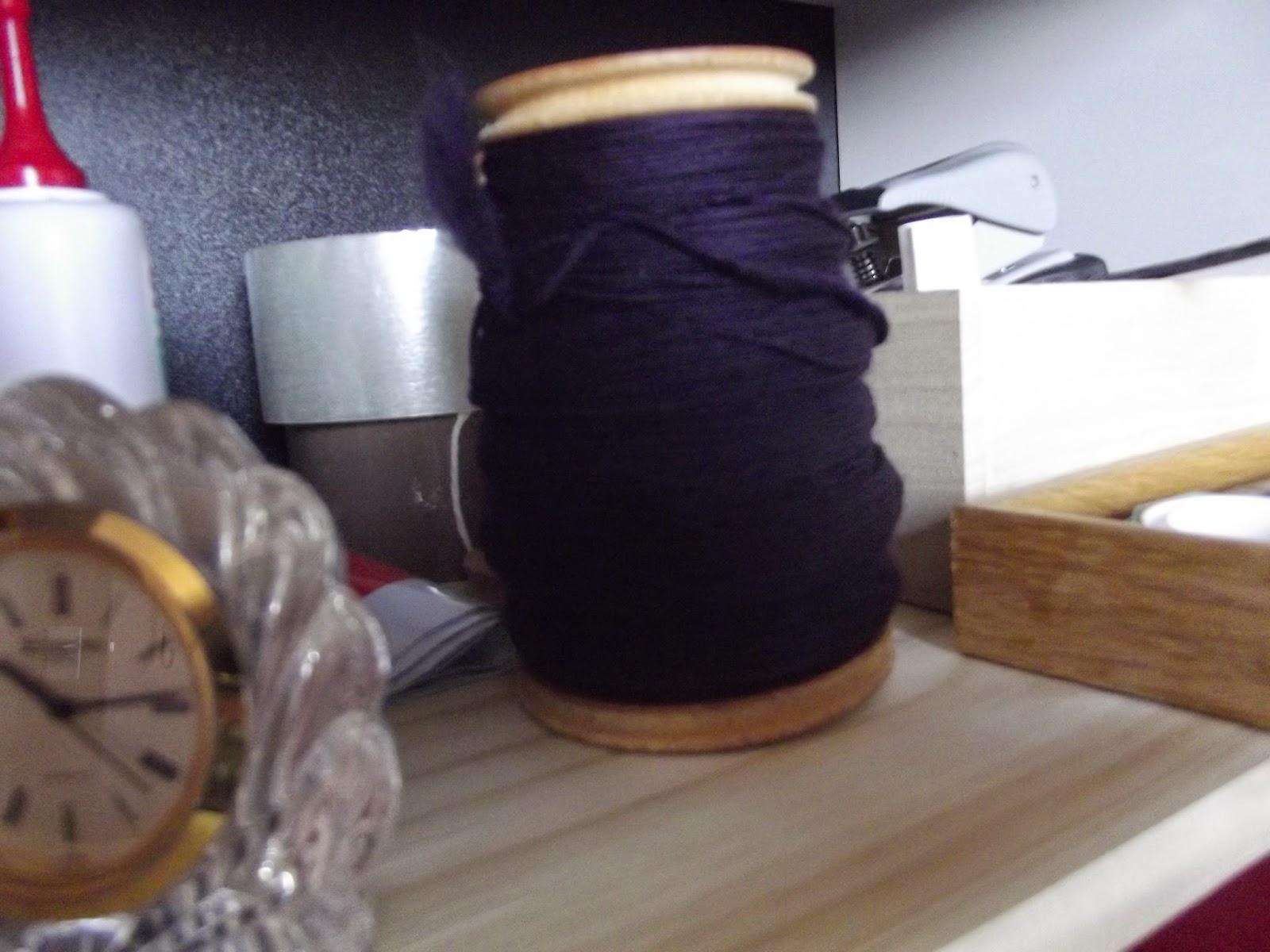 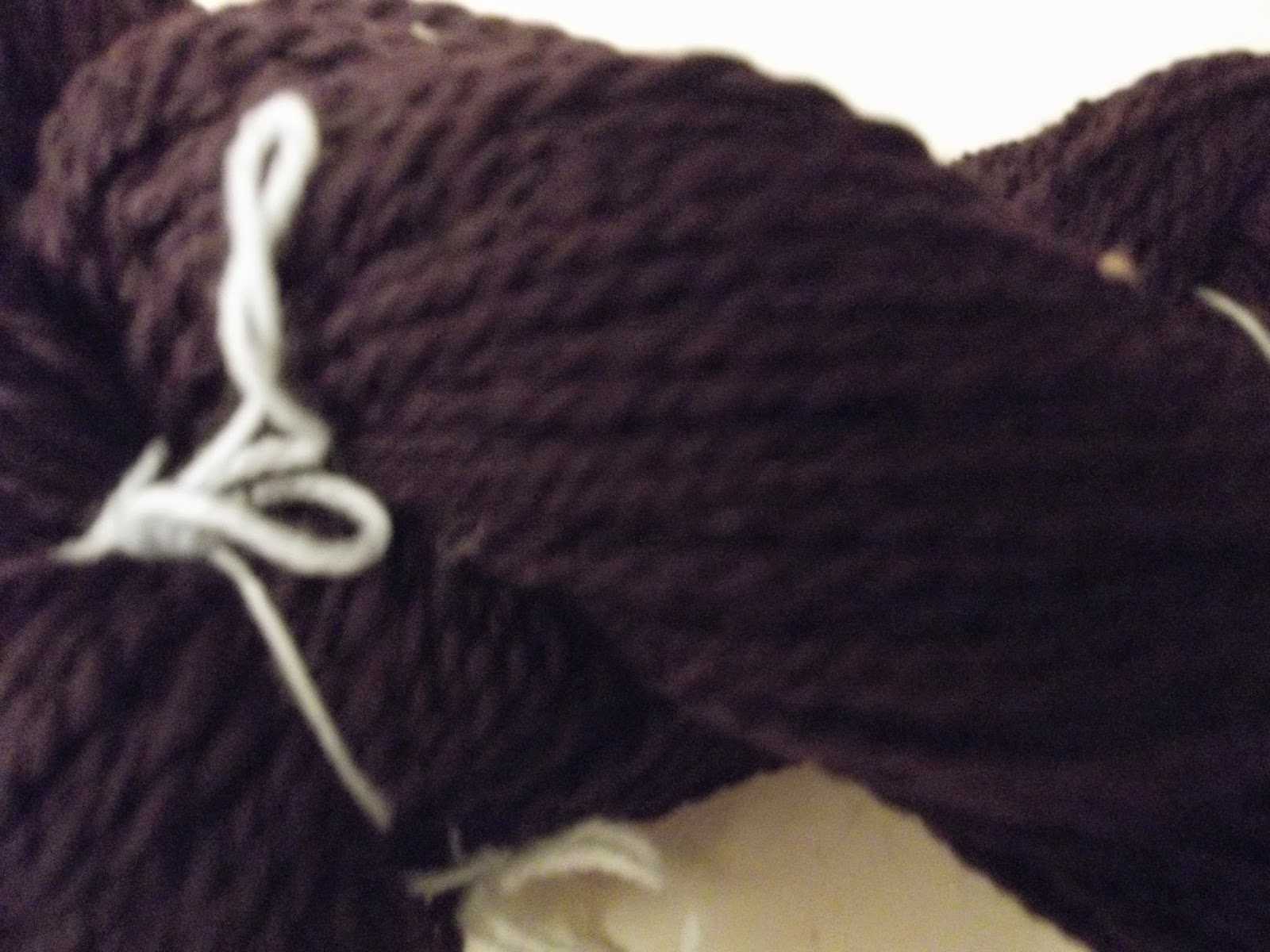 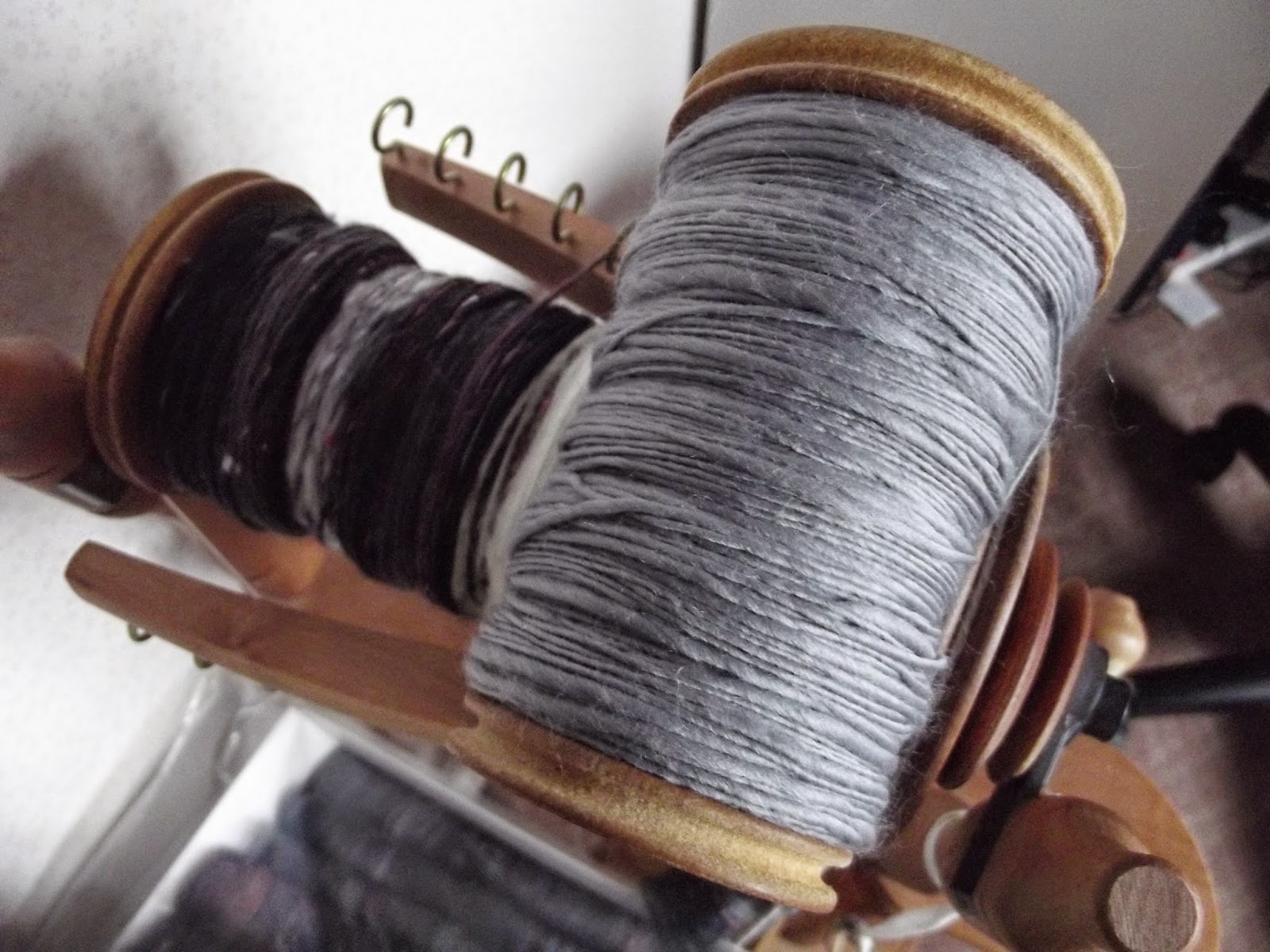 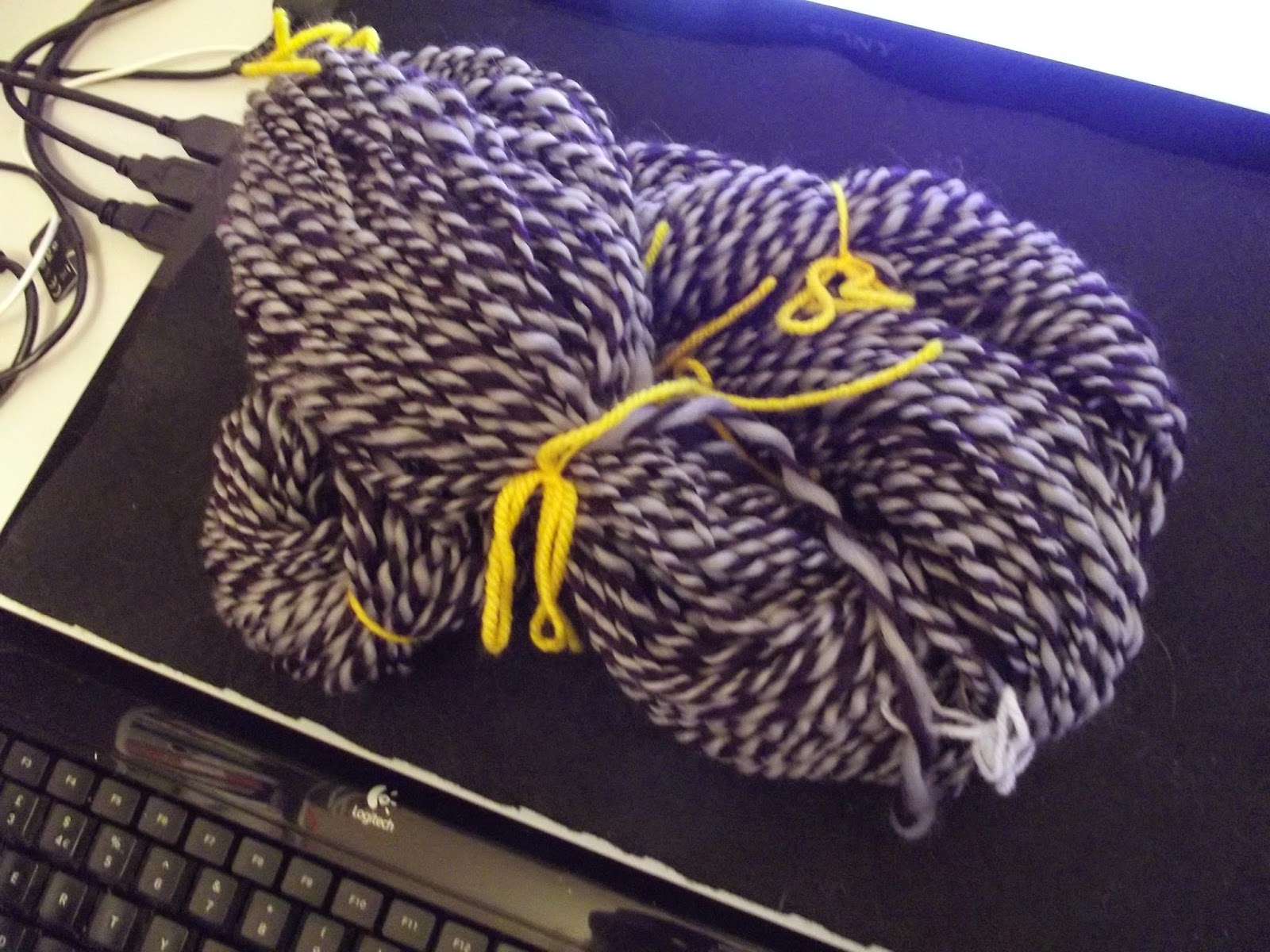 I usually knit things a season in advance. This was a big project and although I started it in January, I had no intention of wearing it until next October. However, yesterday turned cold. We are currently experiencing some very cold (Arctic) winds here in England. However, I'm not complaining because it's nothing compared to what is going on in Nepal (poor people)..... so I tried out the jacket yesterday and yes, it is very warm.

I have a bit of a problem telling you'all about my projects because it feels like I'm blowing my own trumpet! It's not like me to do that. I'm usually much more modest. However, these days almost everybody is doing it on Social Media so I suppose I have just joined the bandwagon. Of course it is nice to show off and I've done this one in a big way because it took me such effort and lots of time.

I feel blessed that my mother and my auntie taught me all that I know about knitting and crochet when I was very little and now that I am old myself, with no daughters to teach, I suppose it behoves me to pass on my skills to whoever wants to read about them, LOL!

I have also put this post on my crafty blog, Stitching Stars, where I catalogue my on-going work.

so now I can think about the next project!
Posted by Stella Jones at 16:28 2 comments