The Burial of King Richard III in Leicester Cathedral 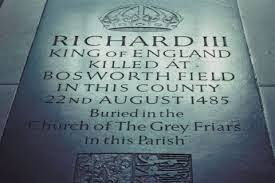 Last week's TV coverage of the burial of Richard III in Leicester cathedral was impressive. I don't know if you saw it in America, I guess you did, but over here it was unmissable.

Whatever you think about Richard III, I understand, but for me the finding of his bones and subsequent burial was a triumph. The appearance of his skeleton in the Leicestershire car park after sooooooo long, five hundred years in fact, was almost miraculous and I'm so glad they were found because now he has been given a proper burial in a manner befitting a King, which is what he was, albeit for not too long.

I was glued to my TV set as the coffin with the bones inside was paraded around the sites which had played a major part in Richard's life and at each stop, due reverence was shown to his remains.

Why did it have this effect on me?

I suppose it brought me in touch with the history of my country. It brought history to life. Here before me was a medieval King travelling once more along the streets of Leicester, a city not far from where I live. The Leicester that Richard would have known would have had some 3000 people living in it, whereas today there are more than ten times that number. 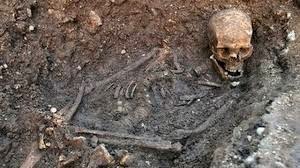 When the bones were dug up it was discovered that the spine had a twist in it. Richard had scoliosis. He was not a hunchback as Shakespeare depicted and his physical differences would not have prevented him from taking his place on the battlefield.  In fact he was a revered warrior. He was the last English King to die in battle. 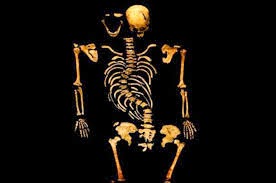 DNA evidence revealed that Richard had several cousins alive today, one of whom was Michael Ibsen, a Canadian who agreed to make the coffin that Richard was laid to rest in last week.

Many people turned out to watch the coffin taken through the streets of Leicester:


At the Cathedral last Thursday, Richard was finally laid to rest. Benedict Cumberbatch, himself a descendant, read a beautiful poem written by the poet laureate, Carole Ann Duffy.


What I especially liked about the whole thing was that we still care! We care about our history and what happened to our Kings. We are prepared to let bygones be bygones. Mediaeval life was very different to life today, or is it? We only have to watch the news to wonder at that!

We showed last week that time really means nothing. We are together from then until now and beyond and we will always be there for each other, no matter how long it takes.