Dylan Update and a flash back to the past... 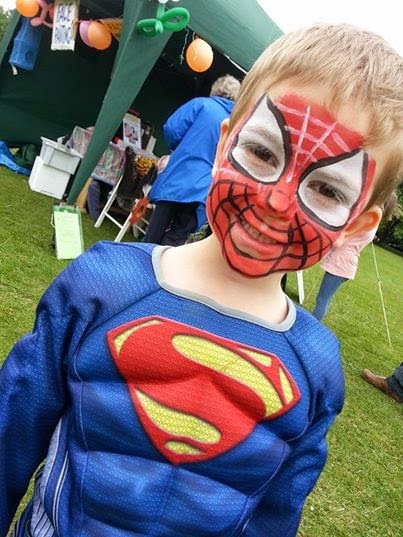 It seems that my grandson, Dylan’s transformation into Spiderman is complete!

First it was the glasses: 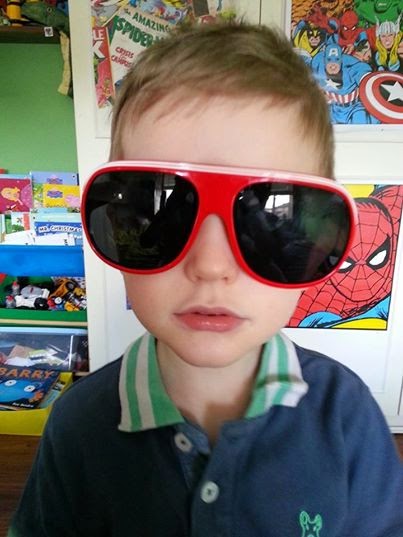 ... and not long after, it was the whole outfit.

Dylan is now nearly four years old. His birthday is in October, like mine and so the big 4 is just around the corner. He is a very active little boy who enjoys dressing up and posing for photographs. This is his 'official' photograph, taken at Nursery recently: 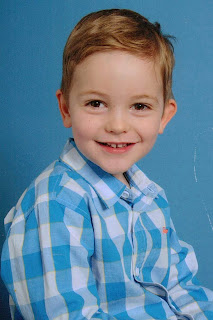 Whenever I see pictures of him or observe his behaviour when he comes to visit, I can’t help thinking back to my own three little boys when they were the same age. It doesn’t seem so long ago to me, you see; although in reality it is 36 years since my eldest son, Robert, was four years old. 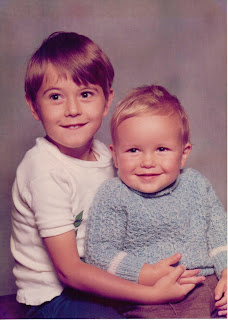 The photo was taken by a professional photographer. I know that at the time we could hardly afford it, but I so wanted a nice picture to keep so we stretched ourselves. Robert is wearing a 1977 T-shirt, which celebrated the Queen's silver jubilee year. Edward is wearing a hand-made jumper that my friend made for him. At the time it was celebrated if someone made a hand-made garment, but these days, it seems to be frowned upon because children's clothes are so cheap to buy. It is as if to get a hand-made shawl, jumper, school jumper or whatever is somehow inferior to those which are shop bought. I know this isn't true of all families, but it certainly is a fact in some. What about you? Do you or did you value a home-made garment or do you, did you prefer something shop bought?

The days when my children were little were the happiest of my life. It is hard to compare those days with these days when I am almost a different person. I look back and I think, did this really happen? Why did it go so quickly? Looking at the picture above, it would not be long before Robert started school proper and then it would be ‘teacher said this or teacher said that.’ and I would no longer be that most important person in his life. For now he was mine, all mine and we shared everything together. We lived in a happy bubble, not having much money, but having plenty of time.

This was brought home to me recently when Edward was in the park with Dylan and granddad. When granddad J came home, he told me that when he went to pick them up to go and play cricket in the park, Edward was making a sort of origami bird for Dylan. I knew exactly what he meant. I had a flash-back to a time long ago when Edward was keen on origami. I noticed that he liked making things with bits of paper so I bought him an origami book.  He loved it. After making a few simple things, he went on to make a crane. He became so proficient at making cranes that he remembered how to do until this present day (he is now 37). It was probably a crane that he was showing his own little boy how to make! The memories came flooding back and brought tears to my eyes.

If you don't already know the story of the 'peace crane' please do click here and read it for yourself.

Be peaceful today and enjoy every minute.